Irrespective of whether you regard winter astronomically or meteorologically, it felt as though the earth’s rotational axis and orbit was thoughtfully positioned for summer during our recent trip to Leith, a port district in the north of Scotland’s capital Edinburgh or its nickname Auld Reekie (Scottish for old smoky for the views from the country of the smoke covered old town). Direct sunlight unbroken by cloud generously moderated the winter chill throughout our stay.

Leith, made infamous in Danny Boyle’s 1996 film adaption of Irvine Welsh’s novel Trainspotting, fittingly ‘chose life’. Gone is the dirty, grey, grim, drug and gritty hard living community. In its place a buzzing, cosmopolitan and trendy metropolis with a vibrant nightlife, café and arty culture following a remarkable transformation over the past few decades.

For many centuries, Leith was Scotland’s primary port full of merchants and mariners trading in wine, brandy and whisky as well as lead, glass, soap, wool, sail making, rope, twine, milling, biscuit making and lots more.  Rose’s lime juice was established here in 1868 by Lachlan Rose initially to provide seamen much needed vitamin C to help combat scurvy.  Leith was also renowned for shipbuilding. The SS Sirius, the first passenger/cargo ship to cross the Atlantic under its own steam, was built in Leith in 1837.

The Auld Alliance, signed by France and Scotland in 1295, centred around their shared interests: military solidarity and a steady flow of French wine and brandy.  For a long period, wine (majority being Claret from Bordeaux, Burgundy and Champagne) and brandy landed on the Wine Quay in Leith docks before being rolled into its warehouses for storage, at its pinnacle there were around 100 of them. The Vaults (locally known as the Vouts) cellars on Henderson Street played a key role and it still stands today pretty much untouched in spite of Leith’s transformation.

Over time, the Reformation, price hikes following the Napoleonic wars and the scourge of the microscopic louse phylloxera all severely impacted the French supply. Many of the storage warehouses switched to Sherry from Spain, Port from Portugal and, in particular, whisky.  By the 1960s, around 90% of all Scotch whisky was stored and matured in the remaining 85 bonded warehouses in Leith. Scotland’s oldest wine merchant, Cockburns of Leith, was founded in 1796 by Robert Cockburn. Over 4 centuries Cockburns has reputedly had some legendary customers: writer Charles Dickens; novelist Sir Walter Scott who placed a single order for 350 cases of wine and 36 cases of spirits; and King George IV who awarded Cockburns with a Royal Warrant in 1822 after supplying him with wine for a state banquet.

Today Leith, Scotland’s largest enclosed deep-water port, remains one of the main wine importing ports in Scotland, and the UK.  With the capability and capacity of handling vessels up to 50,000 tonnes and its close proximity to road and rail networks, it’s not difficult to see why numerous bonded warehouses have endured the test of time here.

Edinburgh is a foodie heaven. It has 4 entries in the sacrosanct ‘The MICHELIN Guide’ red book for Great Britain and Ireland e.g. Number One (at the Rocce Forte Balmoral Hotel), Paul Kitching’s 21212, Restaurant Martin Wishart and The Kitchin. The latter 2 are located in Leith.

We decided to book and check out the culinary delights at Scotland’s celebrated and youngest Michelin starred chef Tim Kitchin’s aptly named restaurant The Kitchin.

The Kitchin, located on Leith’s waterfront, achieved its Michelin star in 2007 just a year after it opened. The stylish décor is an eclectic mix of contemporary and rustic with (smoked) glass, slate, stone and wood (the silver birch tree trunks bringing the outdoors in works really well). The natural hues of greys, blues and beiges along with the lighting, music and attention to detail have created a formal yet relaxed ambiance.  Scotland is evident in the tweeds and tartans, the fabulous tiny wee Isle of Skye sheepskin handbag stools and whisky snug.

The cellar list is what you would expect at a Michelin star restaurant. Extensive with key wines, grapes and regions from around the world to pick from.  For food and wine pairings, there were some excellent wines by the glass plus a good range of choice too e.g. 17 whites (included a Chassagne-Montrachet 1st Cru), 18 reds (including a Volnay 1st Cru) and 1 rosé.

The food is clearly the draw and it’s focused around modern British/Scottish cuisine with lots of locally sourced ingredients. We plumped for the Chef’s Surprise Tasting Menu. Each of the 7 courses looked amazing:

Started off with towers of crispy bread. Gorgeous.

Finished off with coffee and decadent millionaires shortbread.

Along with the lighting, music, food, wine and surroundings, the table setting (which was perfect) and professional table waiting is of paramount importance, particularly so in fine dining.  Exceptional service standards are expected.  A fundamental is timing. Knowing when and how to approach to remove a dish and when to bring the next one is critical and learnt with experience. There was no shortage of staff at The Kitchin on our visit and the table service was good but not exceptional. Interrupting customer conversations more than once and serving courses way too quick are mistakes. Attentive waiters are great, but subtlety and awareness are key for the perfect execution and customer experience. 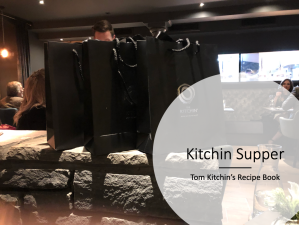 We pre-ordered Tom’s Kitchin Suppers recipe book. These were all signed, nicely packaged and ready and waiting for us at our table.  It’s full of easy to follow dishes including one-pan wonders, quick weekday suppers, easy starters, Saturday suppers and Sunday roasts. Specifically created for the home kitchen, they use fresh seasonal produce and are genuinely inexpensive.

Despite the thymus glands and the service hiccups, we enjoyed our visit to The Kitchin. Tom’s ‘From Nature to Plate’ philosophy and passion is evident. The food is a work of art, the wine list delectable and the décor a winner.  Well worth a visit for lunch or dinner. 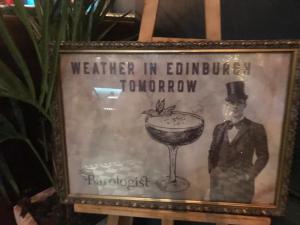 Although Leith has metamorphosed, some of the iconic traditional local pubs remain (i.e. Robbie’s Bar in the heart of Leith Walk). They are nicely intermingled with the new too.

On our way to The Kitchin, we came across “Geordie’ himself outside The Barologist. Holding a silver tipped cane and dressed in Victorian black top hat and tails, he beckoned us to join him. With no previous knowledge or expectations, Geordie opened the doors to ‘his home’ and we took a ‘narnian’ step back in time to a Victorian era. Sumptuously decorated with a magical star spangled ceiling, fascinating illustrations, mirrors and machinery unfolded into view.  You couldn’t help but immerse yourself and drink in the atmosphere.

Geordie swiftly found us a table despite the place being jam-packed and called over a waiter (they were all in Victorian garb) to take our order. The Barologist has a great cocktail list and they even do mixology Cocktail Masterclasses (you need to pre book these). We decided on Vesper Martini’s all round.  Whilst waiting Geordie (George ‘Geordie’ Armstrong is based on a fictitious inventor of weather instruments) took us individually on a tour of the unique and quirky weather themed bar that opened its doors in August 2018. With meteorological contraptions everywhere, it’s divided into the 4 seasons where customers experience fog, wind, thunder and lightning etc. We particularly liked the Winter Room that had a planetarium and snow machine!

They’ve created an authentic Victorian look with an atmospheric feel to it. Think Chitty Chitty Bang Bang meets the Golden Compass.  It’s fun and entertaining with something different in every corner.  We received phenomenal Geordie customer service plus the Vespers were expertly made. If you’re in town, we highly recommend a visit and they do food too – it looked good!

The End or is it?

The Fingal, a steam service vessel, was the last ship built by Blythswood Shipbuilding Company in 1963 (Glasgow) and it spent its maritime working life delivering vital supplies and equipment to remote lighthouses around Scotland.  Following her twilight voyage, The Fingal, now permanently berthed in the Port of Leith, underwent a £5ML major restoration and refurbishment. Paying homage to its maritime heritage, it is now a unique, luxurious and elegant 5-star hotel with a difference. We loved it and if you can’t manage to stay in one of its 23 cabins, all named after Stephenson lighthouses, we highly recommend that you at least indulge yourself with their scrumptious Afternoon Tea …. with the obligatory glass of Champers of course!!

So, if you’re looking for a bit of Scottish indulgence and a wee dram or two, the Proclaimers were right, there’s plenty of Sunshine on Leith! 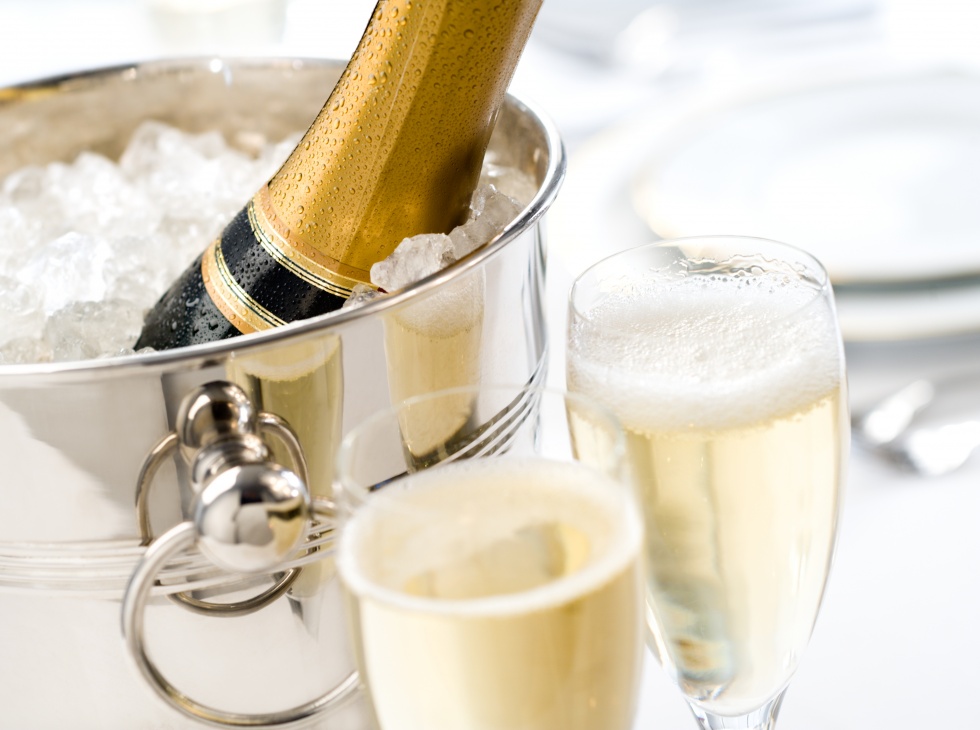 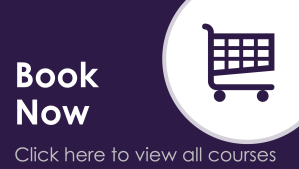 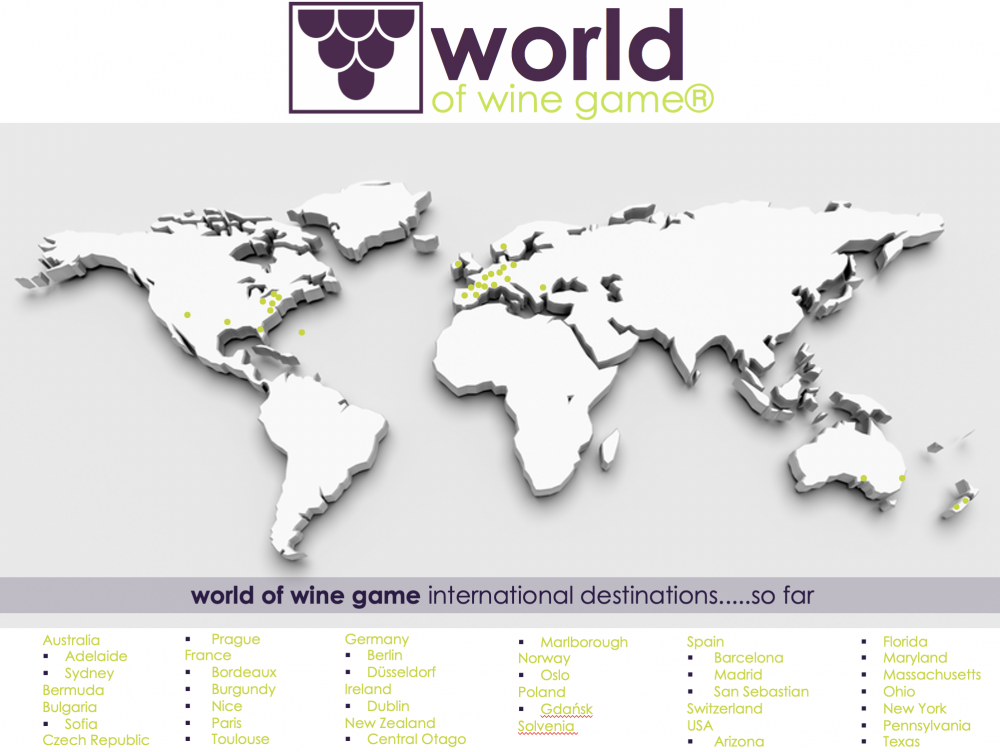